The new parish church of St. Senan takes its name from one of the oldest Saints on the Irish calendar. His birth was foretold by St. Patrick and he was born about the year 448 A.D. in the western part of Thomond in Co. Limerick.

As a young man Senan placed himself under the direction of a holy Abbot, Cassidus, who trained him in the monastic life. Senan then went to study at the abbey of Kilnamanagh in Co. Kilkenny under Nattal. Here he made such progress with his studies and so impressed everyone with his sanctity that Nattal soon felt that Senan was well equipped to instruct others. He commanded Senan to open his own monastery where he might train men in the religious life. Senan protested that he was unfit for such an undertaking but eventually, he reluctantly gave in to his superior’s command.

He headed in an easterly direction from Kilnamanagh until he came to an island in the River Slaney in the territory of Hy. Kinsella. At that time, it was about the year 510 A.D., the area was a wilderness and completely uninhabited. Senan believed that it was here that God wished him to live and so it was in Enniscorthy that he built his first church about a hundred yards from the banks of the Slaney on the site that is now occupied by the graveyard and old church of St. Senan’s.

His monastery flourished, and many young men came to study for the religious life under his expert instruction. He became very friendly with St. Aidan, or St. Mogue as he was better known – the Bishop of Ferns.

After some time, he felt a great desire to visit Rome, then, as now, the centre of the Catholic church. He left Enniscorthy and went on pilgrimage to all the apostolic shrines in Rome. He did not return immediately to Enniscorthy but spent some time in the city of Torres in France and with St. David of Wales. Taking his leave of David, he sailed for Ireland, landed in Waterford and went on to Iniscarra in Co. Cork. Here he settled and formed another monastery before moving on to establish new monasteries, the island of Inis Luinge (Inis Min and Inis Cunla) in the Shannon.

Finally, he came to Scattery Island, a small island containing about 180 acres also situated in the River Shannon about two miles south of Kilrush.

Here he founded yet another famous monastery about the year 534 A.D. and was visited by St. Kieran and St. Brendan who both chose him as their spiritual director. He lived a life of great holiness and many miracles were attributed to him. He died about the year 560 A.D. and he was buried on Scattery Island. His feast day is celebrated every year on 8th March.

Although it is almost 1,500 years since he dwelt in Enniscorthy, St. Senan’s name lives on, as a number of streets in the vicinity of the old church are now named after him including St. Senan’s Rd., The Shannon, and Templeshannon (Teampall Seannain). 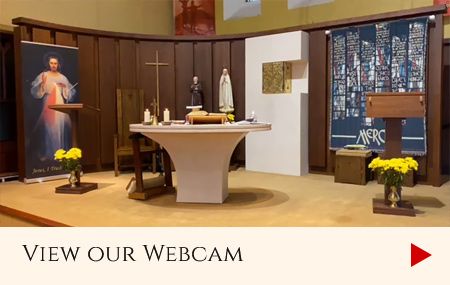 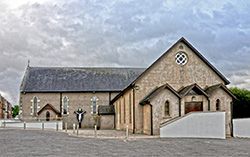